In the future, The Republic controls giant city ships that are home to the human population of the Zeta System. Four individuals struggle to uphold altruistic values while discovering the deep corruption of the ruling regime.

The general population is caught between complacency and fear – a fear that saturates every aspect of life. The characters find themselves in the complicated situation of being employed by the Republic to do its dirty work. A glimmer of hope is found in Identity Delta – a mythical figure who represents freedom and the ability to live where when and how you choose. If only Identity Delta was real…

Theme: The oppressive republic controls the population by fear. They control secret agents whose eyes can be anywhere and everywhere.

Pilot:
The characters come together and witness the return of ID. 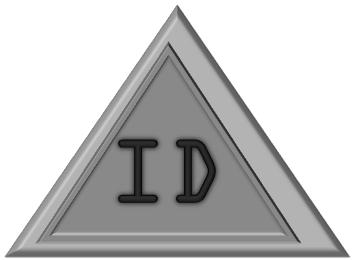 Ah, but check out animus:

So many different twists or takes on it. I just like that multi-meaning head-games type thing.

We should have JJ Abrams producing.

Civitas could be the ship class or merely the its State signifier like: USS, HMS and so on. I’m liking the idea of Twilight due to is meaning:

1.The diffused light from the sky during the early evening or early morning when the sun is below the horizon and its light is refracted by the earth’s atmosphere.
2. The time of the day when the sun is just below the horizon, especially the period between sunset and dark.
3. Dim or diffused illumination.
4. A period or condition of decline following growth, glory, or success: in the twilight of his life.
5. A state of ambiguity or obscurity.

It could mean for the series that this ship represents the beginning of the end of things as we know them. Perhaps the ship is in a perpetual twilight where things have been going down hill for a long time.

Also If the planets are names after Hindu Deities then I think Sol could be from Prithvi; look it up. I’m thinking alot of planets are food growing. Perhaps some are engineered.

I lost my train of thought… oh well chew on that guys.

How about Civitas Animus?

Don’t forget… this is TV: The name has got to be catchy and easily spoken. Lengthy meaningful names that look great on paper sound a bit labored coming out of the mouth for example:

“our” cityship is the government cityship, yes? I believe it should move through the system (ie no one knows when or where it will turn up next).

The picture is perfect. There were some super cool massive spacestations in a show I liked called starhunter. Hard to find the designs but they were pretty cool. I kind of like Ryan’s name or at a minimum going with a latin scheme. My suggestion would be
Crepusculum Civitas – Twilight State (or it probably should be the other way around. :P

Indian gods for planet names sounds cool. I also like Persian gods they have some cool names.

Now just to clarify our city ship is stationary around a planet right?

Yes, the Cityship needs a name. I like the idea of having naming conventions related to cultures for simplicity. Ie, planets should be named after Indian gods (arbitrary decision I made). I think the Republic cityship should follow an unspecified circuit throughout the system. No one knows where and when it will appear…

Not sure if we’d want to go that route, but I figure starting off grand might be a good way to go.

Check this picture out and tell me what you think…
http://www.obsidianportal.com/campaign/id/wikis/cityship

What is the name of our city ship? We never established if it was one of the ones that moves about the system or if it was stationary around a planet.

I'm sorry, but we no longer support this web browser. Please upgrade your browser or install Chrome or Firefox to enjoy the full functionality of this site.